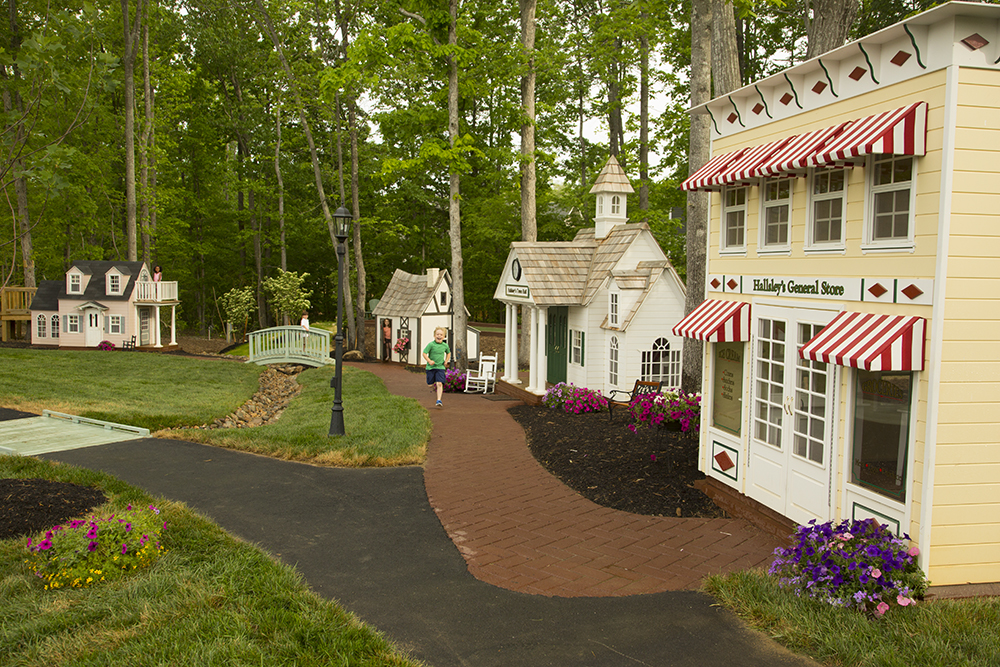 Over 48 years, all of East West Communities’ scores of managers have lived an average of 90% of their homeownership years residing in one of the company’s communities. In fact, four of our current managers spent their entire childhoods growing up in their own communities. One of those individuals has lived in all three of East West’s “Best in America” communities. We believe this is likely a world record….we’re going to check it out with Guinness! The present management team has over a 400 years ‘learning curve’ living in our East West developed communities. Living in the communities where they develop has been an invaluable experience that gives the team a competitive advantage enabling them to keep learning and honing their skills as they continue to aspire to build the ultimate community. Many senior members of the East West Communities management team boast the extraordinary benefit of working together for 30 years or more. Further, they share a common business philosophy, articulated in a set of guiding principles called “100 Secrets To Success.” Through nearly three decades, these principles have stood the test of time and delivered both leadership and innovation for the East West Communities team. 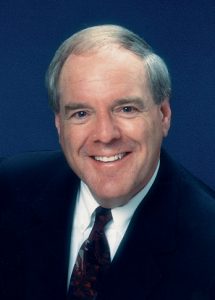 A native of San Francisco, he has an undergraduate degree from Michigan’s Alma College and an M.B.A. from the University of Pennsylvania’s Wharton School of Finance. Gary is a 30 year member of ULI and presently serves as a Trustee. In addition, he has served as director or Trustee on a number of other organizations including: Greater Richmond Chamber of Commerce, Bank of Virginia, East West Partners Charitable Foundation and Alma College Board of Trustees. Also, he has authored a book titled “Timeless Wisdom”, which espouses an enlightened philosophy of life. 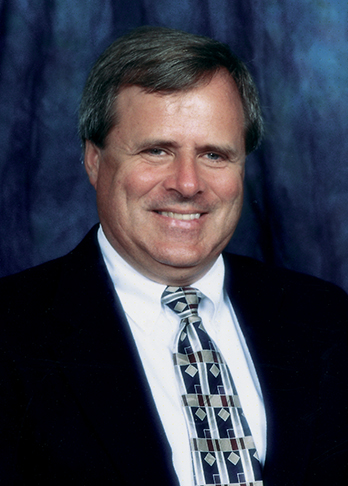 President of East West of Florida and Senior Partner, Roger is responsible for the development and operations of the highly successful Eagle Harbor community in Orange Park, the upscale Windsong community in Winter Park, Florida and the new communities of Eagle Landing and Rolling Hills in Clay County.

Mr. Arrowsmith began his career with East West in 1976 as a salesman at Brandermill in Richmond, Virginia. In each of the following 10 years, he received the Distinguished Achiever Award from the Association of Realtors for outstanding sales achievement. As a result of this success, he served as Vice President of Sales and Marketing prior to being named General Manager of the Brandermill development in 1990. In 1991, he moved to Florida to assume the role of Project Manager for Eagle Harbor.

Active in numerous local charities including MaliVai Washington Kids Foundation, J.P. Hall Children’s Foundation, Thrasher-Horne Center for the Arts, First Coast No More Homeless Pets, the American Cancer Society and the Safe Animal Shelter, Mr. Arrowsmith, also has served as Chairman of the Clay County Committee of 100. He is a member of the Clay County Chamber, Jacksonville Chamber’s Cornerstone, the Northeast Florida Builders Association and the Urban Land Institute.

A graduate of Bucknell University, Mr. Arrowsmith was named Developer of the Year in 1995 by the Sales and Marketing Council of the Northeast Florida Builders Association. 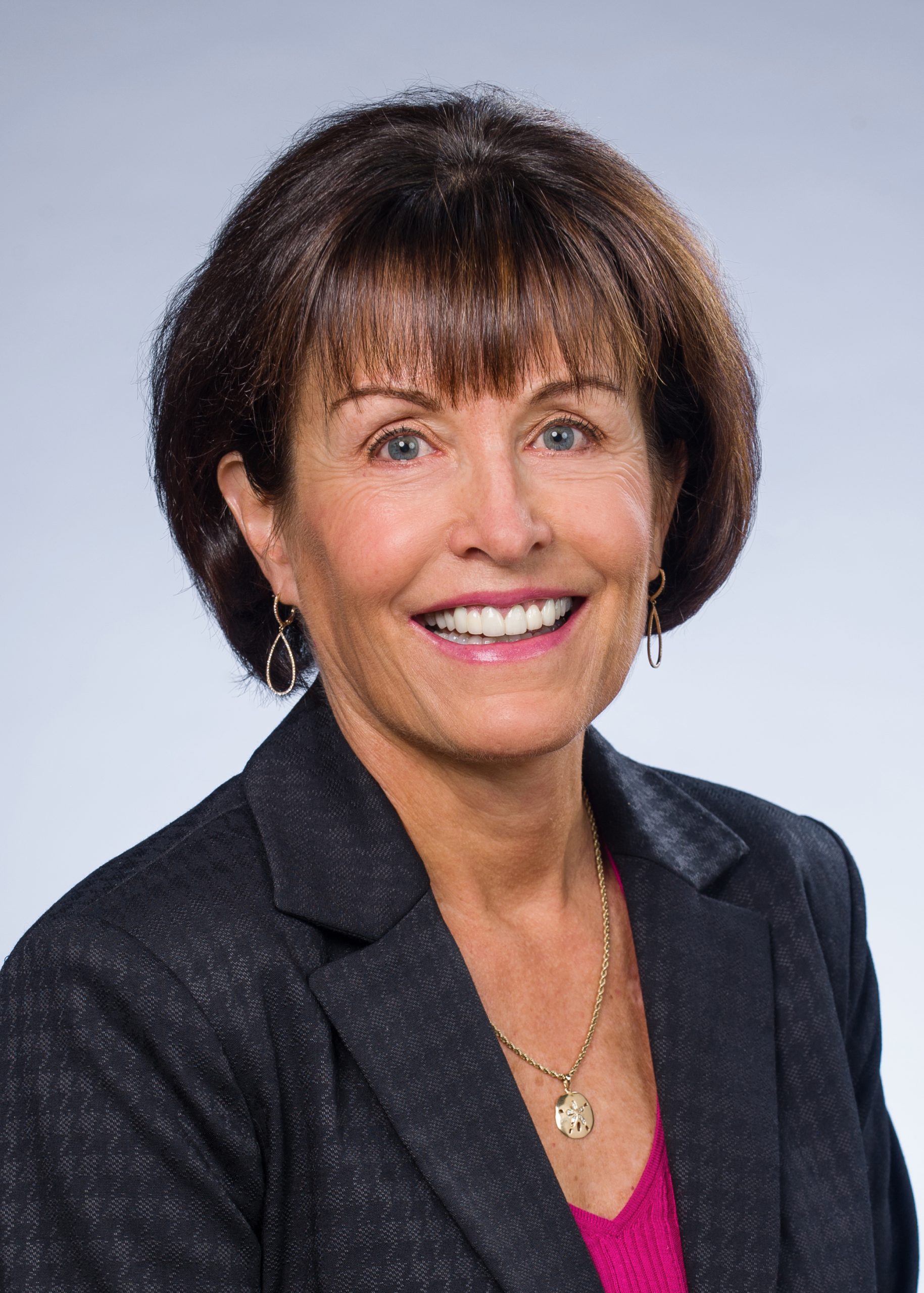 Kathy Pearson is a Senior Partner and CFO and COO of East West Communities. She joined the finance department in 1979 and assumed her current duties of CFO in 1984. As CFO/COO, Kathy is integrally involved in all of East West’s Florida, Tidewater, and Richmond communities.

Prior to joining East West Partners, Kathy was a general audit and tax accountant for Ernst & Whinney’s office in Richmond. She graduated summa cum laude from the University of Richmond School of Business, where she was member of the Beta Gamma Sigma honor fraternity. She received her Certified Public Accountant certificate in 1980. Kathy has served as president of the National Kidney Foundation of the Virginia’s and as a member of the Board of Directors of Millwood School. She also served as treasurer of the ULI Richmond District Council. She is currently serving on the Board of Directors of the Greater Richmond Chamber of Commerce and as treasurer of the NKF of the Virginia’s. 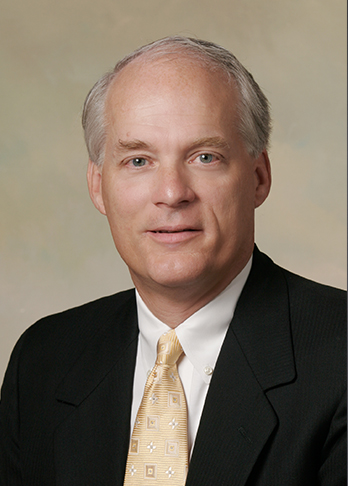 Senior Partner with East West Communities of Virginia, Branch is also President of East West’s Hampton Roads division. Prior to joining The Brandermill Group in 1981 as Vice President of Operations, Branch was a CPA with the international firm of Ernst & Whinney for six years.

In 1987, he headed East West’s efforts to acquire, rezone, and develop Gatling Pointe in Smithfield, Virginia-and in doing so launched East West’s Hampton Roads division. Since then, he and his outstanding Hampton Roads team have developed The Riverfront in Suffolk, and Gatling Pointe South, Eagle Harbor, Founders Pointe, and Benn’s Grant – all in Isle of Wight County. The Hampton Roads team is also in the process of beginning development in the new South Harbor community adjacent to Eagle Harbor. This will be East West’s first venture in the 55+ age restricted market. Branch has served on numerous civic and professional boards, most recently on the Suffolk Economic Development Authority and the Suffolk Redevelopment and Housing Authority, where he served as Chair for 4 years. Currently, he serves on the board of directors for TowneBank and An Achievable Dream Academy, as well as on the board of advisors for the Luter College of Business & Leadership at Christopher Newport University in Newport News. Branch earned a B.S. in Commerce from the University of Virginia’s McIntire School of Commerce. 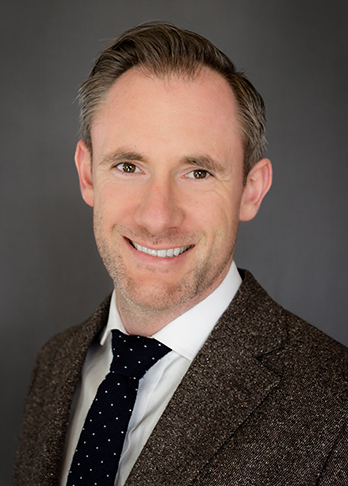 Senior Partner of East West Communities, Daniel joined the East West in 2005 and has since been promoted to the Central Virginia Division President. Mr. Jones received his Bachelor’s degree in Finance and Philosophy from the University of Richmond, and his MBA from Solvay Brussels School of Economics & Management in Belgium. 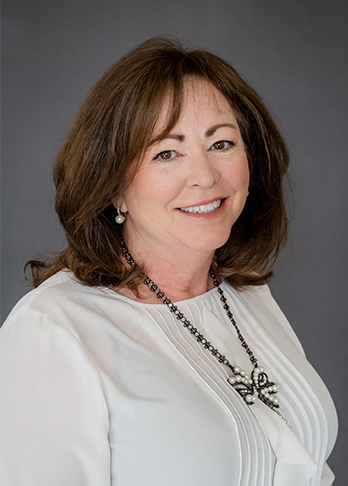 Connie Pollard began her career at East West Communities as the director of marketing for the Brandermill community in 1982 and is now the Senior Vice President of Marketing for the company’s developments in Virginia, Florida, and South Carolina.

Native of Smithfield and 1984 graduate of Virginia Tech with a B.S. degree in Marketing Management. Began real estate career in 1985 with Goodman Segar Hogan in Chesapeake. Became principal broker of East West Realty in 1988 and was instrumental in the Gatling Pointe development in Smithfield. Mark currently oversees the sales operation for the Hampton Roads division of East West Communities.

Mark oversees the new home sales operations at The Riverfront at Harbour View, Founders Pointe, and Liberty Ridge in Williamsburg. He has received numerous sales awards with in the real estate industry with 31 Circle of Excellence awards from the Hampton Roads REALTORS ASSOCIATION, including 19 Platinum Awards from VPAR and HRRA. 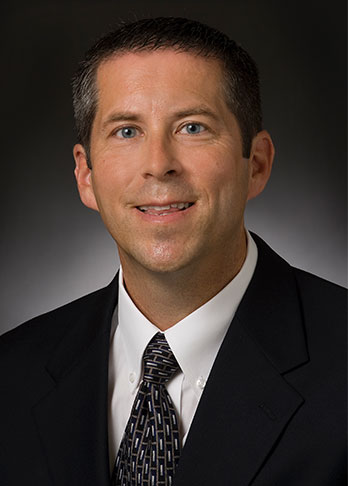 Aaron Millikin began his career with East West Communities in 1993 serving as the Director of Golf and General Manager of Club Operations at the master-planned community, Eagle Harbor, in Orange Park, Florida.  In 2001, he joined the Hampton Roads team of the company as a project manager for the division’s various communities.

Aaron received his Bachelor’s degree in Business Administration from Montana State University in 1987 and began a fourteen year career as a PGA Golf Professional before venturing into master planned community development.  He served on the Board of Directors for the local homebuilder’s association for fifteen years including a tenure as President.  Aaron currently resides in Founders Pointe, an East West community located in Carrollton, Virginia. 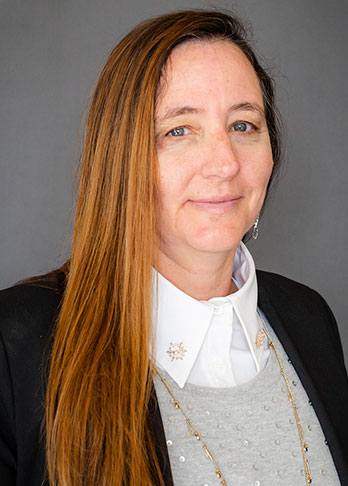 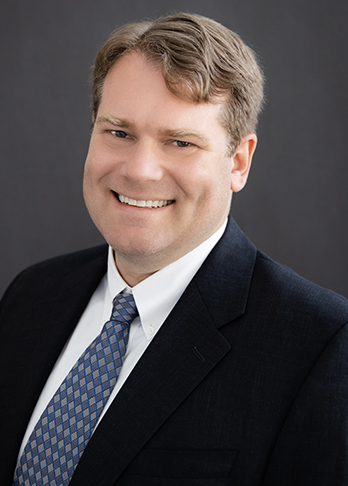 Eric Wirt joined East West in 1999.  Eric received his Bachelor’s of Science degree in Finance from Virginia Commonwealth University.  He is currently a licensed Real Estate Broker in the state of Virginia, and holds a private pilot license.  Originally from Kansas, he moved to Midlothian as a child and grew up in the East West community of Brandermill.  He currently resides in Chesterfield with his wife Melissa and five children. 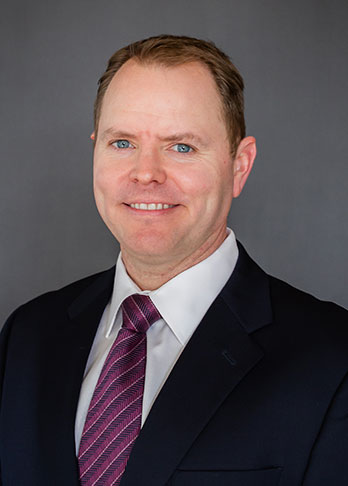 Jason Fenchuk joined East West in 2012. He graduated from Tulane University in 2002 with a double major in Finance and Marketing. He then got his MBA with a concentration in Real Estate from North Carolina’s Kenan-Flagler Business School in 2012. Jason grew up in East West communities of Brandermill and Woodlake and currently resides in Henrico County. 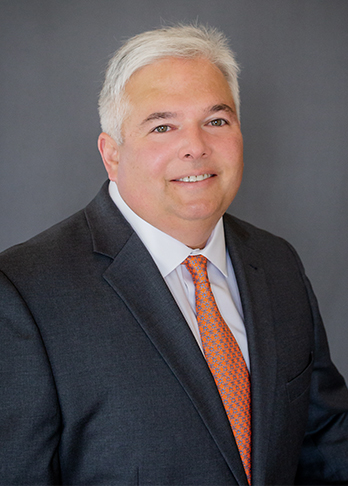 Mark Smith joined the East West Communities team in March of 2019 as Senior Vice President of land acquisition, bringing with him 29 years in the industry. Mark graduated from Clemson University with a Bachelor’s degree in Finance and then continued on to University of Richmond, where he received his MBA. He is originally from Boca Raton, Florida and has lived in Midlothian since 1992. 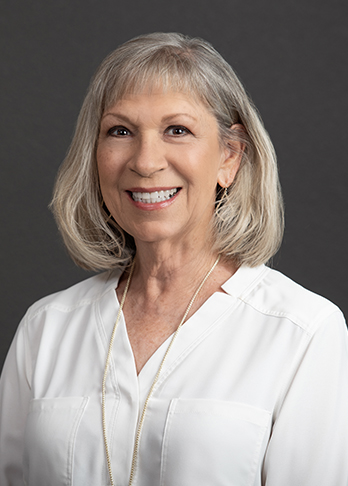 Marilyn began her East West Partners career as the residential and commercial architectural review coordinator for our very first Florida project, Eagle Harbor at Fleming Island. In 2003, she was promoted to Vice President of the Florida division, increasing her responsibilities on the project development side as well as her involvement with county and governmental regulatory agencies. In 2005, ground was broken for Eagle Landing, Eagle Harbor’s sister community in northeastern Florida where she secured her Florida Community Association Managers license and is currently the licensed Real Estate Broker for East West Realty in Eagle Landing. During her 28 years with East West, she has served as a member of five HOA (Homeowners’ Association) boards and three CDD (Community Development District) boards playing an integral part in the development and success of all our Florida communities. 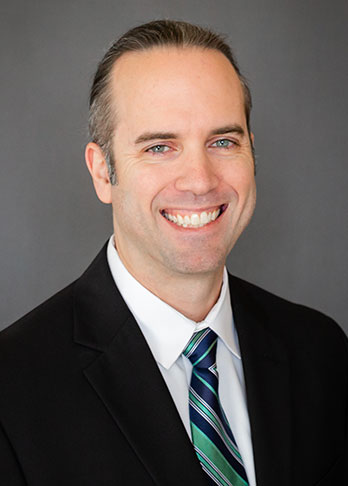 Eric Lawman, who joined East West in January of 2000, is the Vice President of Technology with East West Communities. Eric received his Bachelor’s degree in Physics from Longwood in 1998. Born and raised in Powhatan, Virgina, he now resides in Midlothian with his wife, Trish, and two teenage children, Ayden and Hailey. 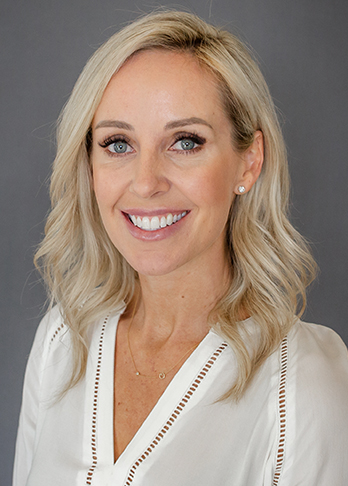 Katy Straebel joined East West in 2014. Katy received her Bachelor’s degree in Human Development from Virginia Tech in 2009, and is currently a licensed Realtor in the state of Virginia. Katy helps to plan and orchestrate the marketing for communities East West is currently developing in Virginia, South Carolina, and Florida. She was born and raised in the East West communities of Brandermill and Woodlake, and, currently resides in Hallsley. 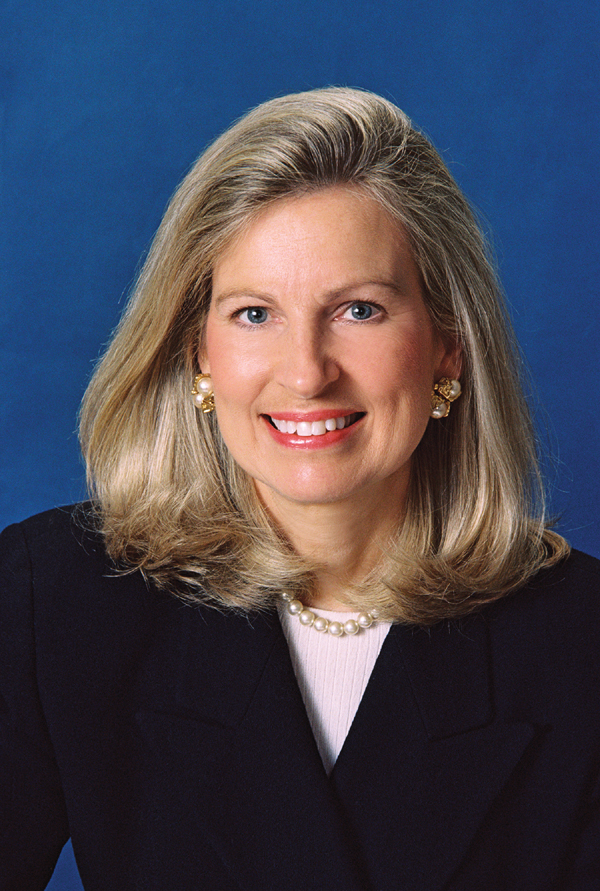 Franny Powell began her marketing career at Sea Pines Company on Hilton Head Island in 1973. She moved to Richmond, when the company began developing Brandermill, which was ultimately named “Best Planned Community in America.” She continued to work on East West Communities’ award-winning projects in Virginia, North Carolina, South Carolina, Georgia, and Florida. 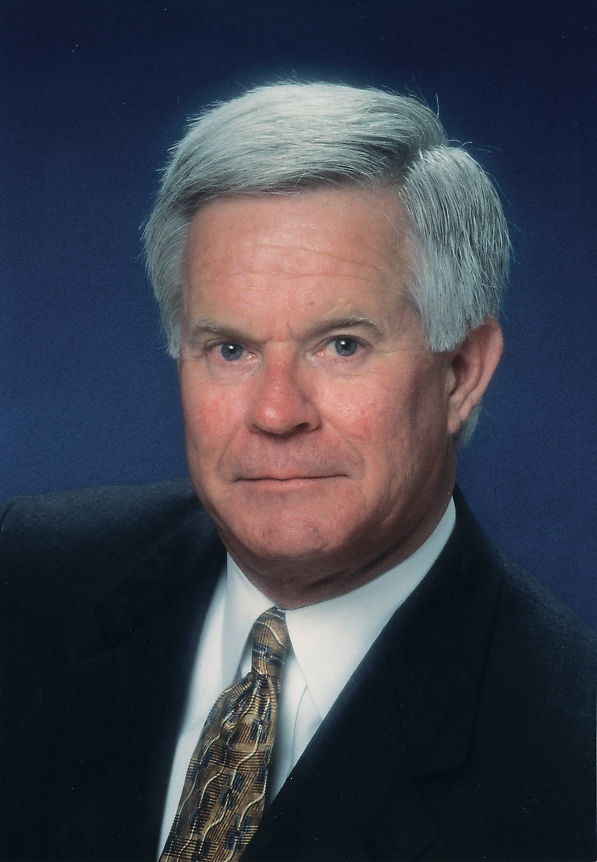 Senior Central Virginia Division President and Partner in East West Communities of Virginia, Clem joined the East West team in 1975 as a sales associate with The Brandermill Group. He quickly established himself as a top performer. During the late 1970s, Clem received five Distinguished Achiever Awards from the Richmond Board of REALTORS and a Distinguished Sales Award from the Richmond Sales and Marketing Executives Club. 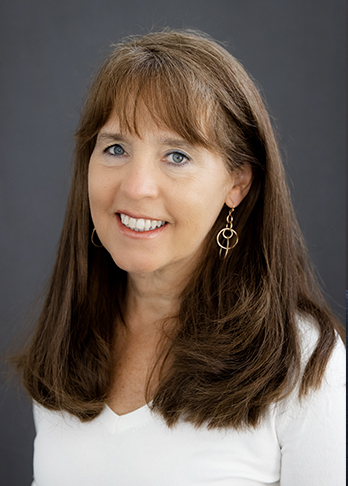 Christine Badura began her career with East West Communities in 1987 and was promoted to Senior Vice President of Finance in 1994 overseeing the finance functions in all of East West’s communities on the east coast. Prior to joining East West Communities, Chris worked with the Ernst & Whinney in Richmond in the audit division and received her CPA license after receiving a Bachelors Business degree in Accounting from James Madison University. Chris has served on numerous educational, charitable and philantrophic boards and positions and is a passionate community volunteer. 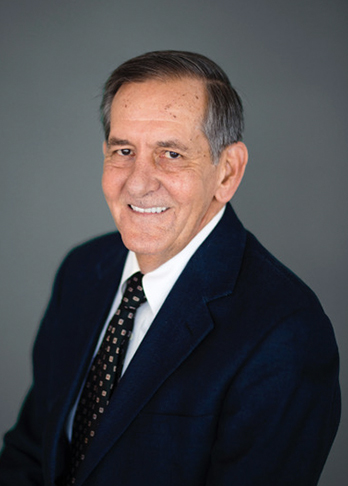 Jim Beckner joined the team in 1988 and is now a Senior Vice President of East West Communities. He is a graduate of UCLA with a degree in Business Administration. Jim began his East West career in the Club division and was instrumental in the planning and operation of the numerous clubs in Virginia and Florida. In early 2004, he transitioned to the real estate side of operations and headed up Pinckney Retreat and City Walk developments in Beaufort South Carolina. 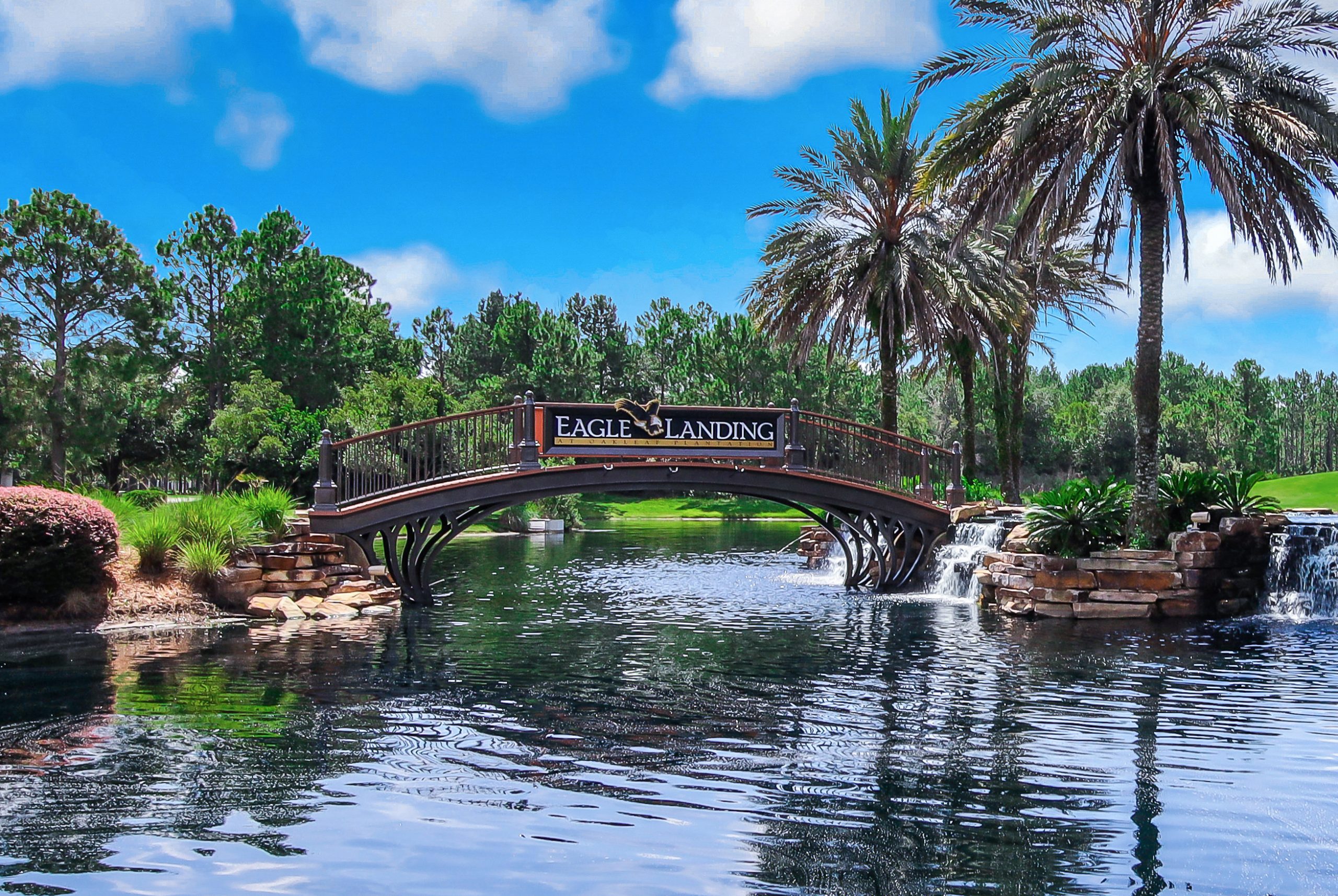